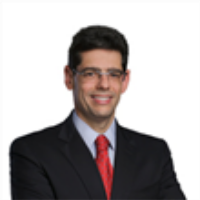 Bruno Balduccini has been a partner since 2001 in the corporate area of the Pinheiro Neto Advogados office in São Paulo. His fields of expertise are banking regulations, business law, corporate law, financing, investments, M&A, exchange controls, credit cards, insurance and reinsurance. In addition to his practice in Pinheiro Neto Advogados, he has been a standing member of the São Paulo Lawyers Institute since 2004, where he participates in the banking law committee. Mr Balduccini graduated with an LLB from the Pontifical Catholic University of São Paulo (1992), and holds a master’s degree in international banking law from Boston University (1998). He was admitted to the Brazilian Bar Association in 1993. Mr Balduccini was a foreign associate at Sullivan & Cromwell in New York for one year between 1998 and 1999. Mr Balduccini has been consistently named a leading lawyer by Chambers Latin America, Chambers Global, Latin Lawyer, The Legal 500, Who’s Who Legal and Advocacia 500.