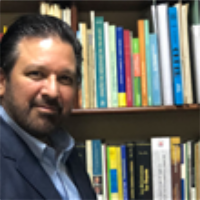 Carlos Hernández Contreras has a degree in law from Pedro Henríquez Ureña National University (1990), a Master of Laws (LLM in US law) from Washington University in St Louis School of Laws (2016), and a PhD from the Paris-Sorbonne University (2013).

He has been a professor at several national and foreign universities at different times. He is the author of numerous works, mostly on labour and employment law, and a columnist in the weekly section ‘Consultorio Laboral’ of the Dominican newspaper Hoy.

Carlos Hernández Contreras is an arbitrator for the labour chapter of the free trade agreement between the United States, Central America and the Dominican Republic, DR-CAFTA (since 2008) and a member of the Ibero-American Academy of Labour and Social Security Law (since 2018).