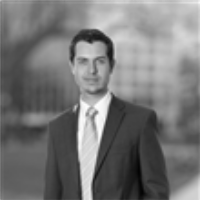 Carlos Mainero is a local partner at White & Case, SC (Mexico City). Mr Mainero joined the Mexico City office of the firm in 2003, and was promoted to junior associate in 2006. In 2009, Mr Mainero joined the New York office of the firm (2009–2010), participating primarily in capital markets deals involving Latin American issuers. Mr Mainero’s practice is primarily focused on capital markets, bank finance and M&A transactions, including advising Mexican and foreign issuers in the public offering of securities on the Mexican Stock Exchange, as well as 144A and Reg S private offerings by Mexican issuers. His practice also includes advising lenders and borrowers in syndicated loan agreements and the creation and perfection of collateral over assets located in Mexico. Mr Mainero has also participated in a number of M&A transactions, with a particular focus on the competition and antitrust aspects of those deals. Mr Mainero obtained his master’s degree in banking and financial law from Boston University in 2009, and his bachelor’s degree from the Panamerican University in 2006. Mr Mainero also obtained certification for his participation in the Antitrust Legal Workshop organised by the International Chamber of Commerce and the Ibero-American University (2013). Mr Mainero became a local partner at White & Case, SC in January 2017.