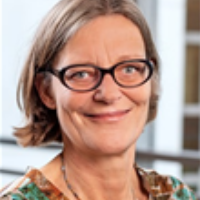 Caroline Docclo graduated from the law faculty of the Université Libre de Bruxelles (the ULB) in 1985, and earned her special degrees in tax law, economic law and criminology from the ULB in 1987. She holds an LLM in taxation from NYU (1994).

Tax procedure is an important part of her practice with the Brussels office of Loyens & Loeff.