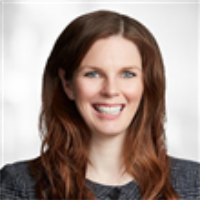 She is recognised as a leading competition lawyer in The Legal 500 Canada 2018 (Competition and Antitrust) and Who’s Who Legal: Competition – Future Leaders 2017, which profiles the foremost practitioners in the competition community aged 45 and under.

Ms Brown obtained her joint BCL/LLB from McGill University in 2008 and holds a bachelor of commerce degree in economics and law from the University of Alberta.