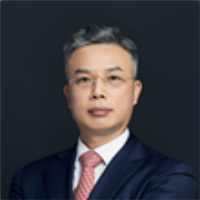 Before joining Jipyong LLC in March 2017, Mr Kwon served as a judge in numerous courts. When he resigned, he was the Chief Justice of Uijeongbu District Court. During his 18-year service as a judge, Mr Kwon handled many complex cases in various fields of law including civil, commercial, criminal and administrative, preservation, tax, medical, religion, family and insolvency cases.

Based on his many years of trial experience regarding civil execution and applications (provisional seizures and injunctions), Mr Kwon published a book entitled Civil Preservation Law, which is regarded as the best academic book on the subject, and the Commentary to the Civil Execution Act Vol. 7.

In the field of aviation, Mr Kwon is an adjunct professor at the Korea Aerospace University and Seoul University, School of Law, president of the Aviation Case Studies Association, vice president of the Air Noise Policy Forum and executive director of the Aerospace Policy and Law Association. Mr Kwon also authored Aviation Law Case Commentaries, which has been published in four volumes regarding aviation civil law, aviation labour law, law of carriage by air and aviation administrative law, respectively.

Mr Kwon is a member of the Korean Bar and has a PhD in law from Seoul National University.