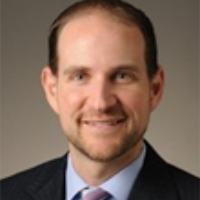 Charles (‘Chad’) Schafer is a partner in the litigation group of Sidley Austin’s Chicago office. He has handled both at trial and on appeal a diverse range of civil litigation matters in state and federal courts throughout the country. He has represented companies and individuals in significant trade secrets misappropriation, technology and software implementation litigation. He also represents both corporations and individuals in a variety of tax controversies, covering sales tax (retailer’s occupation tax and use tax), corporate and individual income tax, estate tax, franchise tax and utility tax, including a case that he handled from trial victory through affirmance in the Illinois Supreme Court in a decision that invalidated Illinois sales tax regulations that had been in place for more than 50 years. He has represented banks and other financial institutions against claims of securities fraud and violations of the Fair Credit Reporting Act, as well as breaches of significant contracts in state and federal courts throughout the country. He has significant experience in conducting a variety of corporate internal investigations throughout the United States and multiple foreign countries, involving allegations of tax fraud, theft and embezzlement by executives, inquiries from regulators and law enforcement and alleged violations of the Foreign Corrupt Practices Act.