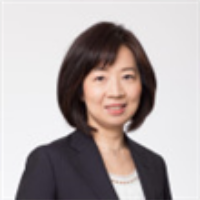 Chie Kasahara was admitted to the Japanese Bar in 2000 and is a partner at Atsumi & Sakai. She was educated at Hokkaido University (LLB, 1993), Hokkaido University, School of Law (Master of Laws, 1996) and the Legal Training and Research Institute of the Supreme Court of Japan. She was previously based at Hayabusa Kokusai Law Offices (2000–2006), Greenberg Traurig LLP (New York) (2006–2007) and was a partner at Hayabusa Asuka Law Offices (2007–2008). Chie is a member of the Dai-ichi Tokyo Bar Association, the International Literary and Artistic Association, the IP Lawyers Network Japan and Entertainment Lawyers Network. Chie leads the IP/IT, Media and Entertainment teams at Atsumi & Sakai, and advises many leading non-Japanese and Japanese corporations on protecting their IP rights in respect of cutting edge technology.