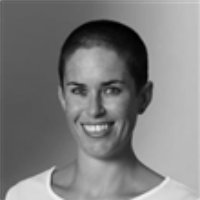 Chloe McWeeny is a lawyer in Ashurst’s international projects group in London and is a dual national and bilingual in French and English. Chloe converted to working in the legal sector after spending close to 10 years advising government and private sector entities operating in Africa. Chloe has worked on a number of energy-related projects from both London and Tokyo, where she spent six months. Chloe has also contributed to articles covering the use of renewable energy in the mining sector and the rise of sustainable financing.

From 2008 to 2010, Chloe lived in Conakry, Guinea where she worked on a project financed by the French Ministry of Foreign Affairs developing initiatives to encourage sustainable dialogue between civil society, private sector actors and the Guinean administration on issues relating to the mining sector and land ownership. Her work included coordinating civil society input into the drafting of the new Mining Code, adopted in 2011.