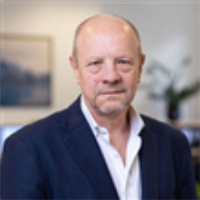 Chris is the Managing Director at Osborne Partners, based in London.

During the course of his career Chris has been involved in more than 200 cases of litigation and arbitration, across multiple industry sectors. He has also worked on regulatory issues in the electricity, gas, media, post, rail, telecoms, and water sectors, working for regulators, incumbents and new market entrants, in the UK and more widely in Europe. He has a BSc in Civil Engineering and an MSc in Economics; and is also a Chartered Accountant.

He has given oral evidence on over 40 occasions - in the UK’s domestic courts, as well as in London, Paris, Stockholm, Geneva, Singapore and Melbourne in ICC, UNCITRAL and ICSID arbitrations. He has also given evidence in the US Tax Courts, in the US-Iran Tribunal, before the Competition Appeals Tribunal, in the then Restrictive Trades Practices Court and in front of the then Monopolies and Mergers Commission.

Contributory Fault, Mitigation and other Defences to Damages