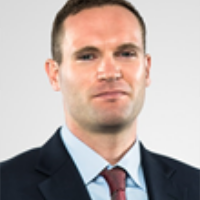 Chris Pease is a member of our Litigation, Restructuring and Insolvency practice in the BVI. He advises on all aspects of commercial disputes and insolvency matters, with a particular specialism for: disputes concerning fraud and bribery; asset recovery; applications for interim injunctive relief; and applications for pre-action and third-party disclosure.

Prior to joining Harneys, Chris was a Managing Associate in the Dispute Resolution team at Linklaters in London.

In his UK practice, Chris specialised in advising on complex fraud and contractual disputes as well as large-scale contentious regulatory matters, internal investigations and crisis management. As part of this practice, Chris advised on several successful settlement negotiations, including at mediation.

Chris was heavily involved in the civil recovery work undertaken by the Attorney General of the Turks and Caicos Islands in the wake of findings of a Commission of Inquiry into fraud and corruption concerning public officials, which were published in 2009.

In 2019 Chris was recognised as a ‘Rising Star’ in the Legal 500 Caribbean directory.