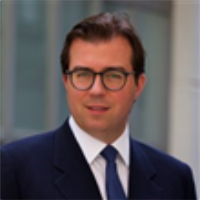 Clemens Philipp Schindler is a founding partner of Schindler Attorneys. Before establishing the firm, he spent six years as a partner at Wolf Theiss after practising with Haarmann Hemmelrath in Munich and Vienna, and with Wachtell Lipton Rosen & Katz in New York. His track record includes some of the largest and most prestigious Austrian and Austria-related transactions, such as the initial investment of América Móvil into Telekom Austria or Infineon’s sale of its wireless business to Intel, as well as many private equity deals for international funds such as ARES, ARDIAN, Apax, DBAG, EQT, HIG, Internos, Kennet, Melrose, MDP, OpCapita, Riverside, Sankaty, Triton and TVM Capital.

Mr Schindler’s practice focuses on corporate and tax law advice in relation to public and private M&A, private equity and corporate reorganisations (including mergers, spin-offs and migrations), most of which have a cross-border element. Furthermore, Clemens is specialised in international holding structures. His practice is complemented by private client work (e.g., as counsel to families owning stakes in large companies).

Mr Schindler is ranked by leading international legal directories, including Chambers Global, Chambers Europe, The Legal 500, IFLR1000 and Who’s Who Legal. The German legal directory JUVE singles him out as one of Austria’s top 20 corporate and M&A lawyers, while the Austrian business journal Trend named him among the country’s top 10 corporate law experts. Besides the listings for the Austrian market, both Chambers Global and Chambers Europe acknowledge his Brazilian expertise in a special ranking.

Mr Schindler is admitted in Austria both as an attorney-at-law and a certified public tax adviser, holding law degrees from the University of Vienna and New York University (LLM in international taxation) as well as a degree in business administration from the Vienna University of Economics and Business Administration. He has authored and co-authored more than 50 articles, books and commentaries in his fields of expertise, where he is also a much sought-after speaker at conferences and seminars.