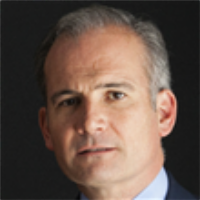 Cristóbal Porzio joined Porzio, Rios, Garcia in 1993 and has been a partner since 2002. He was admitted to practise in 1994 after gaining his JD at the Pontifical Catholic University of Chile in 1993. His practice areas include intellectual and industrial property, distribution law and franchising, and corporate law.

He advises local and foreign clients in matters related to patents, trademarks and technology transfer. Moreover, he participates in the boards of directors of companies and acts as local counsel for foreign companies in Chile.