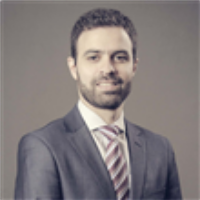 Daniel Levi is a partner at Beccar Varela, having joined the firm in 2004.

Daniel obtained his law degree from University of Buenos Aires (2006) and a master’s in finance from University of CEMA (2011, with distinction). He also studied negotiation at Harvard Law School (US, 2014) and private equity and venture Capital at the INSPER Institute (Brazil, 2016). He worked as a foreign associate at Pinheiro Neto Advogados (São Paulo, Brazil) from 2015 to 2016).

Since 2009, Daniel has taught contracts and negotiation at University of Palermo (Argentina).

He is a member of the Buenos Aires Bar Association and of the International Bar Association. He also actively participates in the Argentine–Brazilian Chamber of Commerce.

He speaks Spanish, English and Portuguese.