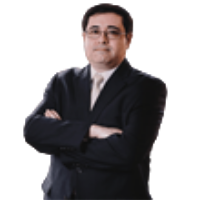 An associate at Lloreda Camacho & Co since 2014, he has worked in the commercial and corporate law departments, and his primary areas of practice are antitrust and consumer law.

He attended Universidad de Los Andes where received his law degree JD in 2004, and UC Berkeley (Boalt Hall) where he obtained a master of laws (LLM) degree in 2008. Prior to joining Lloreda Camacho & Co, he worked in other law firms in Colombia, practising antitrust and consumer law.