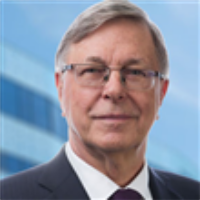 Darrell R Johnson has resided and practiced in Indonesia for 41 years. He has been the senior legal counsel of SSEK Legal Consultants since its founding in 1992 and is now its senior of counsel. Darrell works with international companies and large Indonesian firms and has a wealth of experience advising on large and complex transactions across numerous sectors. Darrell has represented major oil companies active in Indonesia, including ExxonMobil, Total, British Petroleum, ConocoPhillips, Chevron, Anadarko and Hess Corporation, among others. He has been active in the representation of a major US oil company in a joint venture project with Indonesia’s largest coal-bed methane company. Representative engagements include advising Indonesia’s state-owned oil and gas company on the acquisition of a stake in a petrochemical company, counselling Mobil Cepu on regulatory and land issues related to an oil and gas project in Java, and advising Exxon Natuna on regulatory issues pertaining to a multibillion-dollar oil and gas development. Darrell is a graduate of the University of Southern California and Stanford Law School, where he served on the Board of Editors of the Stanford Law Review. He is admitted to practise in California and the United States Supreme Court.