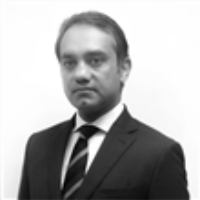 Dr Daud Munir is a partner at Axis Law Chambers. He specialises in corporate and commercial matters, regulatory and public policy affairs, as well as cross-border and international law matters. Prior to joining Axis Law Chambers, he was practicing law at the New York office of Covington & Burling, where he represented and advised clients (including global companies) on transactional and corporate matters. He has worked as a consultant for the World Bank, the Asian Development Bank, USAid and the Higher Education Commission of Pakistan and as a law associate at the Supreme Court of Pakistan.

He has advised both the federal and provincial public-private partnership (PPP) authorities in Pakistan, and played a key role in the reform process leading to the amendment of the federal PPP legislation.

Dr Daud Munir is a member of the Bar of the State of New York, and an advocate of the High Courts of Pakistan. He graduated with a JD from Yale Law School, a PhD in politics (comparative law and politics) from Princeton University, an MBA from Yale School of Management, and an AB in philosophy from Bowdoin College. At Yale Law School, he was a senior editor of the Yale Journal of International Law.