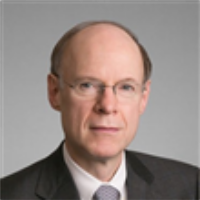 David F Asmus, co-leader of Sidley’s energy practice, is an industry leader in the structuring and implementation of oil and gas development projects and project financings, as well as acquisitions and divestitures. He has handled some of the world’s most challenging and innovative projects in these fields. His experience ranges from shale and other unconventional resources, to deep water offshore developments, and from liquefied natural gas to petrochemicals and refining.

Dave has served as past president, secretary and member of the board of directors of the Association of International Petroleum Negotiators (AIPN), and also served as chair of the Institute of Energy Law and the Oil and Gas Committee of the International Bar Association.

Before entering the legal field, Dave started his career at an independent oil company as a geophysicist.

The Project Finance Law Review provides a living guide to project finance worldwide. Updated on a regular basis, it tackles the core project finance concepts that every practitioner needs to understand – covering the most salient legal and commercial issues while also addressing key emerging trends and topics.

What is Project Finance?