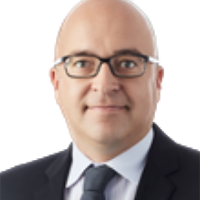 David Massé is a partner in the Montreal office of Stikeman Elliott and a member of the corporate and global mining groups. He specialises in mergers and acquisitions, securities and corporate finance, and acts for mining companies and underwriters in connection with mergers and acquisitions, corporate finance, joint ventures and mining development projects. He has been counsel to sellers, purchasers and financial advisers in various mergers, acquisitions, divestitures, spin-offs and reorganisations. He also frequently acts as counsel to issuers and underwriters in public and private domestic and international offerings, and advises TSX-listed issuers on regulatory compliance matters, corporate governance and continuous disclosure obligations.

Mr Massé worked in the London office of Stikeman Elliott in 2007 and 2008. He is President of the Cercle finance et placement du Québec, a networking organisation for Quebec public companies and bankers, analysts, advisers and other professionals involved in Quebec’s financial markets. He is a member of the Quebec Bar.