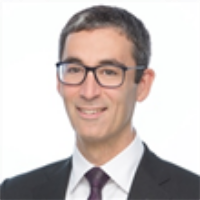 David Rosner is a partner and heads the Competition, Antitrust and Foreign Investment Group at Goodmans. He provides strategic advice on all aspects of Canadian competition law, particularly with respect to complex mergers (including in regulated industries and mergers involving multi-jurisdictional review), alleged cartels and alleged abuses of dominance (including those involving technology and intellectual property). David also advises on mergers subject to the Investment Canada Act.

Drawing on his experience practising with a leading international law firm outside Canada, David translates the latest international competition law developments into strategic advantages for his clients in Canada.

David is the only Canadian named in the Global Competition Review 40 under 40 in 2020, and one of Lexpert’s 2019 Rising Stars: Leading Lawyers Under 40. David is recognised as a leading competition lawyer by Chambers Canada and Chambers Global. He is also recognised as one of the most highly regarded North American partners by Who’s Who Legal: Competition – Future Leaders since 2017, which profiles the foremost practitioners in the competition community under 45. Clients describe David as ‘a sharp thinker with great analytical capabilities’, and praise his ‘straightforward practical advice’. In 2017, David was the only Canadian lawyer nominated by Global Competition Review for its Lawyer of the Year – Under 40 award.