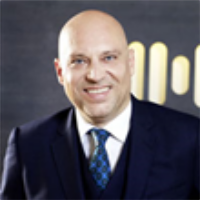 Dieter Heine is a founding partner at Vavrovsky Heine Marth and advises clients in all aspects of conflict prevention, management and resolution. He is an internationally recognized expert in commercial litigation, academically trained mediator and academically educated conflict manager. In his work, he strongly focuses on conflict management where he draws from all established methods of dispute resolution and advises clients in hybrid proceedings.

As renowned specialist in competition law as well as IP, IT & Media, Dieter regularly counsels clients on issues relating to innovative technologies as well as to social media or shared economy. He is often involved in politically or socially sensitive matters.

Dieter studied Social and Economic Studies and holds a law degree from the University of Innsbruck, Austria. In addition, he is an academically trained mediator at the European University Viadrina Frankfurt (Oder), where he also completed the Master's program in Mediation and Conflict Management. Dieter is member to the Austrian Bar Association as well as several other industry associations. He regularly lectures and publishes in his fields of expertise.