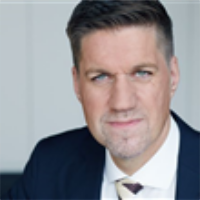 Dirk Uwer is a partner of Germany’s premier law firm Hengeler Mueller and Honorary Professor at the Bonn-Rhein-Sieg University of Applied Sciences. Following his studies of law, administrative science, language and literature in Trier, Ferrara, Speyer, Berlin and Newcastle and his assistantship for the later federal constitutional judge Udi Di Fabio and his predecessor at Humboldt-University Berlin, Michael Kloepfer, he wrote his doctoral thesis on the European Convention on Human Rights (s.c.l.) and graduated with specialisation in European law as master of laws (LLM) and master of administrative science (Mag.rer.publ.). As a practising lawyer in Düsseldorf since 1999 – with extended stages in Berlin and London – he specialises in energy as well as other regulatory, environmental and compliance matters. Dirk Uwer is the author of more than 90 publications; and teaching assignments and guest lectures regularly take him to universities at home and abroad.