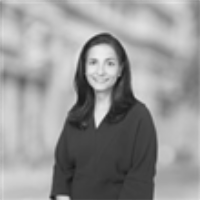 Dolly Mirchandani's practice focuses on infrastructure and public private partnerships projects, reflecting over 20 years' of experience working on some of the most significant deals in the sector. She represents sponsors, infrastructure funds, commercial banks, institutional lenders, contractors, government agencies and secondary market investors in the development, acquisition, divestiture and financing of greenfield and brownfield infrastructure projects. She has played a leading role in the introduction of private investment and finance in the infrastructure sector in North America, having advised on multiple, award-winning transactions, many of which were first of a kind.

Industry press consistently recognizes Dolly as a leading lawyer in the sector. She is ranked Band One in both Chambers Global and Chambers US for PPP projects. She was awarded Global Leader status for both 'Project Finance 2019' and 'Government Contracts 2019' by Who's Who Legal. She was recently acknowledged in Euromoney's latest Women in Business Law Expert Guide as a leading practitioner for both 'Women in Business Law' and 'Project Finance' categories. She was also featured on Law360's 2013 Rising Star list of top partners under 40.