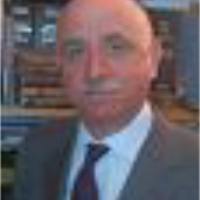 Donald Manasse has more than 25 years of experience representing victims and judicial administrators in international fraud cases with connections in Monaco, France and Italy. He has assisted in planning and implementing international asset tracing and recovery programmes for clients.

He has served as victim’s counsel in many fraud trials in France and Monaco.

Mr Manasse has been authorised as a counsellor at law in Monaco since 1989 and is a member of the Bar in Nice, France, where the practice was founded in 1986.

As a French lawyer, he has access to investigative files during the preliminary and ‘instruction’ procedures and appears as counsel in the criminal trials where his familiarity with international financial customs and practices is put to good use.

Born and raised in Milan, Italy and schooled in the United States and France, Mr Manasse was first admitted to the Bar in New York. His cultural versatility and skills help bridge the challenges associated with international prosecutions.

Mr Manasse and his firm are the Monaco representatives of ICC FraudNet, the world’s leading asset recovery legal network.