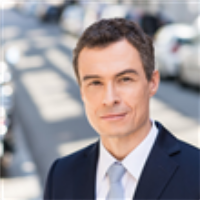 Alexander Rinne is a partner of Milbank, Tweed, Hadley & McCloy. He joined Milbank in mid-2010 to establish the firm’s German and European antitrust practice.

For almost two decades Alexander Rinne has focused on both German and European competition law, including related regulatory areas such as telecommunications, broadcasting and recycling.

He specialises in merger control procedures and has broad experience in applying merger control regulations to complex private equity and hedge fund structures, as well as in the strategic planning and subsequent implementation of acquisitions by companies that are already market leaders in their respective areas.

Alexander regularly represents leading market players in cartel investigations and dominance cases before the relevant antitrust authorities. He also has extensive expertise in antitrust litigation before German and European courts where he represents clients particularly in the context of antitrust damages cases, refusal to supply actions and cases in relation to merger control decisions.

Prior to joining Milbank, Alexander Rinne was head of the German antitrust practice of a major international law firm and head of its Munich office.