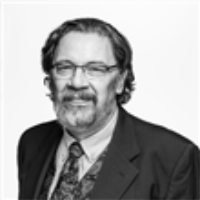 Eckhard Flohr is of counsel and was one of the heads of the franchise department of LADM Lawyers, supervising the offices in Düsseldorf (Germany) and Kitzbühel (Austria) until December 2017. His practice focuses on the national and international aspects of franchising, licensing and distribution, and trade agency contracts.

Prof Dr Flohr has spoken and written extensively in German and English on franchising, including in books such as Der Franchise-Vertrag, Franchise-Recht, Masterfranchisevertrag, Handbuch des Vertriebsrechts, Formularbuch Vertragsrecht, Handbuch der EU-Gruppenfreistellungsverordnungen and Kommentar Vertriebsrecht. He is also counsel to a number of German, Austrian and international franchisors, start-up businesses and manufacturers.