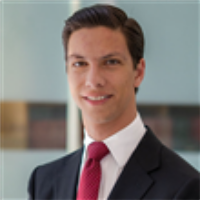 Eduardo Lobatón Guzmán is an associate at Hogan Lovells. He joined the firm in March 2017 and focuses his practice on commercial arbitration and civil and commercial litigation. He is also involved in antitrust litigation. He has advised clients in the insurance, food, construction and automotive industries.

Eduardo graduated top of his class and with an honourable mention for excellence from Monterrey Institute of Technology and Higher Education (ITESM). He also studied diverse aspects of international law in London and obtained his certificate in transnational law from Georgetown Law at the Center of Transnational Legal Studies London. Eduardo’s academic background includes the captaincy of his university’s international arbitration team for two consecutive years and obtaining an honourable mention for his performance in the competition. He also received the Ceneval Award for Excellence in Performance in the law degree exam.