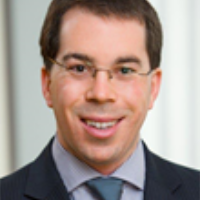 Mr Mahaney-Walter also has significant experience in general corporate and securities law, especially involving the Securities Exchange Act of 1934, and served on secondment in the General Counsel’s office of (1) a leading investment bank, focused on the Employee Retirement Income Security Act, and (2) a publicly traded pharmaceutical company, focused on corporate and securities law. Prior to joining Skadden, he was an associate at a leading investment bank and a manager at a hedge fund. Mr Mahaney-Walter holds the Chartered Financial Analyst, Certified Turnaround Analyst, Chartered Alternative Investment Analyst and Professional Risk Manager designations. He holds a JD and an MBA from the Law School and the Wharton School at the University of Pennsylvania.