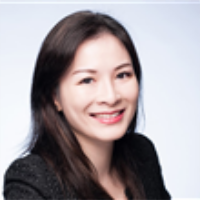 Elsa is Co-Head of the Firm’s Competition & Antitrust Practice. She regularly assists clients on complex antitrust matters, including merger control, global cartel and abuse of dominance investigations. She has also been involved in the drafting of antitrust legislation, codes, policies and regulatory frameworks for sectoral regimes in Singapore.

Elsa was recognised by Who’s Who Legal as “the top merger control practitioner in Singapore”, “a leading name in the Singaporean market” and for her “analytical and practical approach”. She was one of the only two economists named as a thought leader in North America and the rest of the world. Featured in the 100 elite women globally by Global Competition Review (GCR) in multiple Women in Antitrust peer-nominated surveys, Elsa was also named amongst the 10 competition economists globally in GCR’s Women in Antitrust 2016: Economists.

A pioneer member of the Competition Commission of Singapore, now known as the Competition and Consumer Commission of Singapore (“CCCS”), Elsa has since assisted on the first abuse of dominance decision by the CCCS (SISTIC) and also close to 90 per cent. of complex CCCS merger reviews, including mergers in the digital space (Grab/Uber, SEEK/JobStreet), transportation (Siemens/Alstom, China CNR/CSR), and also on transactions including publishing, fast moving consumer goods, semiconductors, building materials, pharmaceuticals and healthcare.