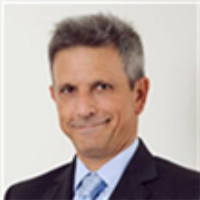 Enrique Alfredo Betemps received his Law Degree from the Facultad de Derecho y Ciencias Sociales de la Universidad Nacional del Litoral Santa Fe, Argentina (1986). He also a received a Master of Laws Decree at the Southern Methodist University, Dallas, Texas, United States of America (2000). Enrique specializes in labour and social security law, joined PAGBAM in 1996 and he was made partner in the year 2015.

Mr Enrique Betemps is the author of the law review articles ‘Reduction of the Workforce in Argentina’ (2009) and ‘Executive Compensation” (2017), published in the Newsletter of Employment and Industrial Relations Law of the International Bar Association. He also authored the Argentine Chapter of the Social Welfare Contributions of the CCH Latin American Tax Guide (2002). Since 2010 Mr. Betemps has been co-authoring the Argentine Chapter of the international labour, employment and discrimination law of the guide Kluwer. In addition, he has participated as a speaker in many conferences –among others-, the IBA conferences in Buenos Aires 2008, Lisbon 2017 and Montreal 2018 and has written several articles related to labour law issues. He has been recognized as a prominent lawyer in his practice area by The Best Lawyers, Chambers and Partners, Who’s Who Legal, The Legal 500, and Latin Lawyer 250.