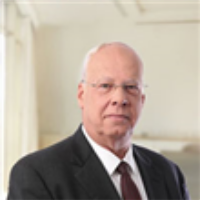 Eytan Epstein is a senior partner at M Firon & Co. Mr Epstein has repeatedly been listed in The International Who’s Who of Competition Lawyers, and has also been elected by leading research organisations, such as Chambers and Partners and The Legal 500, as one of the leading competition law practitioners in Israel.

Mr Epstein received his law degree from the Faculty of Law at Tel Aviv University (1984) and, after being admitted to the Israel Bar in 1985, he worked in DG IV (competition) in Brussels. He established the law firm in 1989. He has served as a lecturer and assistant professor at the Tel Aviv University Law School, and teaches EC competition and international trade law at the Tel Aviv Business College.

Mr Epstein practises corporate, commercial and trade law, and specialises in antitrust law. He has extensive experience dealing with competition issues before the Israeli Antitrust Authority, and represents Israeli and foreign clients engaged in the airline, telecommunications, energy, credit card, insurance, computer, pharmaceuticals, retail and other industries. He advises frequently on international M&A filings in Israel and collaborates with the leading antitrust international law firms.

Mr Epstein has published numerous articles on antitrust and the legal environment of Israel’s foreign trade. Inter alia, he is the author of the chapters on Israel in the Oceana Digest of Commercial Laws of the World (Kluwer Law, 2000) and Warranties and Disclaimers (Kluwer Law and the IBA, 2002).