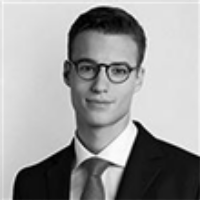 Fabio Elsener is an associate in Schellenberg Wittmer’s banking and finance group in Zurich.

Fabio Elsener studied law at the University of Zurich (master of law 2013) and at the Maastricht University in the Netherlands (LLM 2012). During his studies he worked as a legal associate in a FinTech startup in Zurich and completed internships in law firms in Zurich and Paris, France.

Following the completion of his studies, Fabio Elsener gained experience as a legal intern at the Enforcement Division of FINMA, the Swiss Financial Market Supervisory Authority, in Berne.

Fabio Elsener joined Schellenberg Wittmer in 2014 as a trainee lawyer. After his admission to the Bar he rejoined the firm as an associate in 2016.