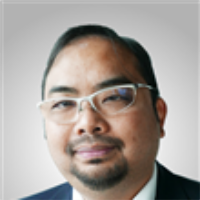 Farid Fauzi Nasution is co-head of the firm’s competition practice group. He worked at the Indonesia Competition Commission (KPPU) for more than seven years. He was head of the Prosecution Division and then head of the Merger and Acquisition sub-directorate. During his time at the KPPU, he also led the drafting of the Indonesian Merger Regulation and the first KPPU Merger Guidelines.

In addition to his role at AHP, Farid serves as secretary general of the ASEAN Competition Institute and chairman of the Education and Training Division in the Indonesian Competition Lawyers Association. Since 2016, he has been an instructor of competition and trade law at the Indonesian Institute of Corporate Directorship. He was also a lecturer on competition law at Sahid University. Farid represented Japfa Group in the Chicken and Beef cartel cases before the KPPU, and in their appeal to the district court and cassation to the Supreme Court. He also represented Yamaha in the Automatic Scooter cartel case.