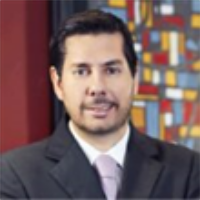 Both a lawyer and a notary public – a specialised real estate attorney – he manages the firm’s corporate law department (including the immigration and residence unit) and co-manages the foreign investment consulting unit, advising both multinationals and individual investors mainly on residence, real estate developments, acquisition of local companies and privatisations.

Currently, Mr Formento specialises in business and immigration law, mergers and acquisitions, private equity deals, major real estate and agribusiness developments, both commercial and residential. He has advised on more than 400 residence procedures, assisting both individuals and multinational organisations that specialise in immigration. Moreover, he has collaborated on major publications such as the World Bank’s Doing Business report and Consultor (a Uruguayan business law magazine), and has attended several conferences in Uruguay, Argentina, Ecuador, the United States, Canada, Mexico, Panama and Spain relating to immigration and real estate.

Mr Formento graduated from the University of Montevideo school of law in 2004. In 2005, he obtained a master’s degree in business law and, in 2009, a master’s degree in real estate law, both also from the University of Montevideo. Mr Formento lived abroad for several years in Brazil, the United States and Israel. His overseas work experience spans the United States and most of South America. He is fluent in Spanish, English, Portuguese and French.