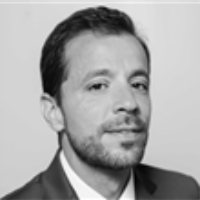 Fernando Zoppi is primarily focused on mergers and acquisitions, banking and finance and business law. He regularly advises clients on a variety of domestic, regional and cross-border transactions, including M&A, joint ventures and other business associations, private equity and venture capital, foreign investments, project finance and financings (including debt restructurings).

Mr Zoppi obtained his LLM degree from Columbia University – School of Law (New York) in May 2004. He graduated (with honours) from University of Buenos Aires in December 1999. He was a foreign associate at O’Melveny & Myers, LLP (New York) in 2005 and 2006. He was also associated with Latham & Watkins, LLP (New York) in 2007. Mr Zoppi was a partner at Perez Alati, Grondona, Benites, Arntsen & Martinez de Hoz until 2018. In February 2018, he founded Martínez de Hoz & Rueda.

Mr Zoppi has been an assistant professor at University of Buenos Aires (private international law and civil law). He has also lectured at the Instituto Universitario ESEADE. He is admitted to practise law in Argentina and is a member of the Bar Association of the City of Buenos Aires.