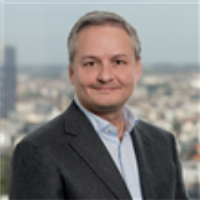 Frédéric Louis is a partner in WilmerHale’s Brussels office. He has been practising EU competition law for 20 years, including behavioural investigations, litigation in national and EU courts, merger notifications and state aid. He has been involved in some 30 merger filings, including Phase II and complex Phase I EU procedures such as Alcatel/Lucent, LSG Sky Chefs/Gate Gourmet, StatoilHydro/ConocoPhillips (JET) and Lufthansa/Brussels Airlines. In 1998, he was voted one of Global Competition Review’s ‘40 under 40’. Mr Louis has represented clients before the European Commission, and the Belgian, Dutch and French competition authorities, and has appeared before domestic courts in Belgium, France and the Netherlands.