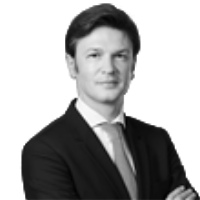 Frédéric de Bure is a Cleary Gottlieb Steen & Hamilton LLP counsel based in the Paris office and his practice focuses on EU and French competition law.

Mr de Bure has advised clients in complex merger control cases before the European Commission and the French Competition Authority. He has also represented clients in a number of international cartel and abuse of dominance investigations including several recent investigations in the internet and the pharmaceutical sectors. He has wide experience of litigation before the European courts and the French courts in private enforcement matters.

Mr de Bure joined the firm in 2003 and became counsel in 2012. From 2003 to 2008, he was resident in the Brussels office. Mr de Bure graduated from the Institut d’études politiques de Paris (IEP) in 1997 and received a master of science degree from the London School of Economics in 1999. He also gained a law degree from the Université Paris 1 Pantheon-Sorbonne in 2002.