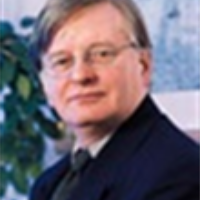 Francis Aldhouse is a former consultant for Bird & Bird, specialising in information law and policy. He joined Bird & Bird on his retirement as the United Kingdom Deputy Information Commissioner and retired from Bird & Bird earlier this year. He had directed the registration, administration, complaints, publicity, investigations and strategic policy functions for the Commissioner. He was noted for leading the teams that developed policy guidance on data protection issues particularly at European and international levels.

He joined the Office of the Data Protection Registrar, as it then was, in mid-March 1985 from Surrey County Council, where he had been an assistant county clerk.

Mr Aldhouse graduated in philosophy, politics and economics from Oxford University and, in addition to being a solicitor, holds an MSc in management studies.

In 2006, he was awarded a CBE in recognition of the work he has done over the past 21 years and the contribution he has made, both domestically and internationally, as an expert on data protection.