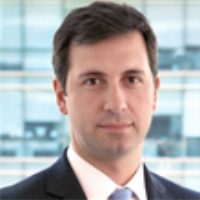 Mr Aninat’s practice focuses on complex commercial litigation, transnational litigation, recognition and enforcement of foreign judgments, and arbitration. He has participated in multiple judicial proceedings before Chilean, Argentine, Ecuadorian and American courts, as well as in international arbitrations. Mr Aninat’s experience in dispute resolution has been recognised by The Legal 500 and Chambers and Partners.

Before joining Bofill Escobar Silva as partner, Mr Aninat worked for four years at Jones Day as a member of its global disputes practice in the Washington, DC, office and before that as legal fellow at the World Bank, and as associate at Barros Letelier & Gonzalez and Aninat & Co. Mr Aninat has been a speaker at three conferences of the American Bar Association, International Law Section (Miami, September 2012; London, November 2013; and Vancouver 2014) on matters related to the recognition and enforcement of foreign judgments and arbitral awards.