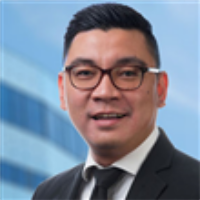 Fransiscus Rodyanto is a partner at SSEK. He is heavily involved in projects related to oil and gas, mining, the geothermal industry, clean-water supply, ports, real estate and general corporate matters, as well as various commercial transactions. His areas of expertise include project finance, structuring and procurement. Frans’ experience includes advising ExxonMobil on its operations and projects in Indonesia, advising a major multinational oil and gas company on various environmental issues relating to its operations in Indonesia, assisting PT Pertamina and its subsidiaries on various oil and gas matters inside and outside Indonesia and assisting Energy Development Corporation, the largest producer of geothermal energy in the Philippines and the second-largest in the world, with its corporate and financing matters in Indonesia. He is advising a Middle East-based petroleum and natural gas company in relation to its joint venture arrangements with an Indonesian oil and gas company related to a US$5 billion oil refinery in Indonesia, and is advising on two petrochemical projects for US and EU companies with a combined investment value of more than US$6 billion. Frans is also involved in an arbitration case under ICC rules with US$400 million in total claims in a dispute over an enhanced oil recovery contract. Frans received his bachelor of laws and bachelor of economics from the University of Indonesia. He earned his master of laws (LLM) in European and international business law from Leiden University in the Netherlands, as part of the Leiden University Excellence Scholarship programme.