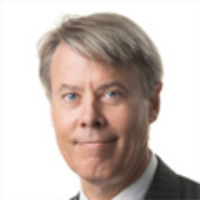 Having served in the firm’s offices in New York, Shanghai and Hong Kong, Mr Burke came to Vietnam in 1991, where he became the first American to study at the University of Ho Chi Minh City after 1975. He helped found the American Chamber of Commerce in Vietnam, and has served as chairman and board member of its Ho Chi Minh City chapter for many years. He serves on the Prime Minister’s Advisory Council on Administrative Reform, chairs the Manufacturing & Distribution Working Group of the Vietnam Business Forum and has been recognised by the Ministry of Justice for his ‘Outstanding contributions in the field of international legal cooperation’.

Among his many other publications, Mr Burke is the co-author of the Bloomberg/BNA Business Operations in Vietnam (2013), the author of the Guide to Banking & Finance Law in Vietnam (2000) and the editor of the Indochina Law Quarterly (since 1991).