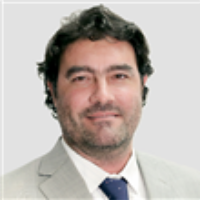 Prior to joining the firm, Mr Lozano was the general counsel at Syngenta in LAS (Argentina, Chile, Bolivia, Paraguay and Uruguay) from 2015 to 2018. In this position, he played a major role in the acquisition of Syngenta by ChemChina and in the acquisition of Nidera by Syngenta, in both cases with a particular focus on antitrust. In addition, in his daily practice he provided legal advice in contentious matters, contracts, data protection, trademarks and patents, and labour and regulatory law.

In 2020, Gabriel was elected president of the Buenos Aires City Bar Association Commission for the Defence of Competition.

Mr Lozano received his law degree from the University of Buenos Aires School of Law in 1998 and holds a postgraduate degree in international business from the Getulio Vargas Foundation (FGV) in São Paulo, Brazil.