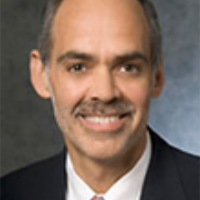 Garrard Beeney is co-head of the firm’s intellectual property and technology group and a member of the firm’s managing partners committee. Mr Beeney has been inducted as a Fellow of the American College of Trial Lawyers. He was counsel in the two major patent cases that were argued before the US Supreme Court in 2016.

n addition to trying patent and antitrust cases, Mr Beeney has argued appellate cases in various courts, including in the US Supreme Court, the Federal Circuit and the Second Circuit Courts of Appeal, and the Supreme Court of Arkansas. He represents both plaintiffs and defendants in infringement actions, and advises plaintiffs on patent selection in pre-suit due diligence. Mr Beeney also frequently advises on licensing issues and IP monetisation, and has represented patent holders in the formation of licensing pools, including those related to the AVC, MPEG-2, MPEG-4, DVD, LTE, ATSC, VC-9, IEEE 1394 and other technologies.