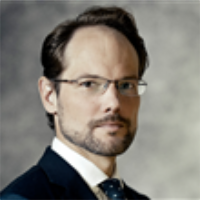 Gerrit Oosterhuis is a counsel at the offices of Houthoff in Brussels and Amsterdam. He focuses on merger control work, cartel defence litigation and abuse of dominance procedures. In the field of merger control, he regularly acts for private equity funds as well as strategic buyers, acting in recent joint ventures such as Varo/Argos DSE/Vitol/Carlyle/Reggeborgh, DEME/Oceanflore and Parcom/Pon/Imtech Marine, concentrations in the food sectors such as FrieslandCampina/Zijerveld and major Dutch cases such as Euretco/Intres and Shanks/Van Gansewinkel. Mr Oosterhuis has been involved in defence work in major Dutch cartel cases. He has a substantial behavioural practice, advising clients such as SHV Energy, Hasbro Europe and Royal Bunge.

Mr Oosterhuis joined Houthoff in 1999. He works from Houthoff’s Brussels and Amsterdam offices.