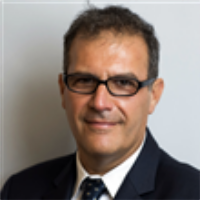 Mr Jorge received his law degree from the University of Buenos Aires School of Law in 1995 and completed his LLM at Harvard University (2003).

Mr Jorge is in charge of the compliance, investigations and corporate criminal law department.

He is a recognised expert in anti-corruption compliance and money laundering prevention, and for his innovative strategies for mitigating legal risks.

Prior to joining Bruchou, he was the founding partner at Governance Latam. Apart from advising multinational and local companies, he is regularly consulted in public reform processes, anti-corruption and laundering prevention in Argentina and most Latin American countries, as well as by international organisations such as the World Bank, the Inter-American Development Bank, the United Nations and the Organisation for Economic Co-operation and Development (OECD). He was also a member of FIFA’s Independent Governance Committee, which oversaw the organisation’s corporate governance reforms. Who’s Who Legal recognised him in its WWL Thought Leaders: Global Elite in 2018.

Additionally, he serves as a Global Faculty adjunct professor at the New York University School of Law and senior researcher at the Centre for Anti-corruption Studies (CEA) at the University of San Andrés. He has been a Visiting Scholar at the Center for Latin American Studies at Stanford University (2001), a scholar at the National Endowment for Democracy (2006) and at the Center on Democracy, Development and the Rule of Law (CDDRL) at Stanford University (2009). He has published on the topics in which he specialises in Argentina and abroad and is a frequent speaker at international conferences. He is a member of the Bar Association of the Federal Capital.

Furthermore, he has been recognised in his field of practice as a leading lawyer by Chambers and Partners.