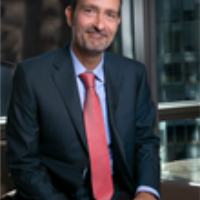 He has been a member of the Board of Directors of various financial institutions in Mexico. As part of her probono projects, she represents Alondra de la Parra in her cultural and musical activities.

He is a tenured professor in the Commercial Law and Obligations and Contracts Courses of the Graduate Program of the Escuela Libre de Derecho and has published several publications on legal matters in the stock market, real estate, asset securitization and mergers and acquisitions.

He has international experience as a foreign associate at Davis Polk & Wardwell (New York, United States).

He has been recognized by various magazines including Chambers & Partners as an expert lawyer in corporate law, mergers and acquisitions and banking and finance.