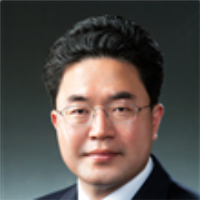 Gyu Chan SHIM is an attorney at Bae, Kim & Lee LLC. Prior to joining BKL in 2019, he worked as a judge at Daegu District Court, Suwon District Court, Seoul Central District Court, and Seoul Eastern District Court. He also worked as a judicial researcher (Vice Head, Tax Team) of the Supreme court of Korea and presiding judge of Gimcheon Branch of Daegu District Court and Daegu Family Court. For fifteen years, he was in charge of civil, criminal, administrative, family, and bankruptcy trials. With his extensive experience and knowledge in tax and criminal cases, Mr. SHIM wrote a number of papers and critical notes. Especially, with his masters in taxation, he is evaluated to have provided a direction for the advancement of the tax system with his study on the legality of the taxation procedure.Mr. SHIM earned an LL.B. from Seoul National University and completed the 30th Judicial Research and Training Institute course.