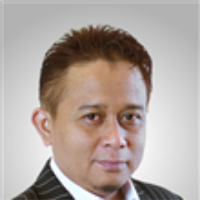 Having spent time in competition law for over 20 years, Rikrik, the co-head of the firm’s competition practice group, is experienced in advising various clients on complex mergers, cartel investigations, consumer protection, corporate restructuring, dispute resolution and litigation. He has acted on some of the most significant merger clearances in Indonesia, including working with the Indonesia Competition Commission and international counsels on global merger projects for multinational companies.

In addition to transactions, Rikrik played an instrumental role in drafting Indonesia’s consumer and competition laws and is a leading authority in these fields. Rikrik coordinated the Ministry of Trade Research Committee’s White Paper that formed the basis for Indonesia’s Trade Act, which later evolved into the current competition law. He was also engaged as an expert consultant for Indonesia’s consumer protection legislation.