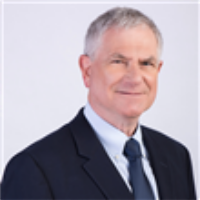 Harry Orad began his legal career as a commercial lawyer specialising in corporate and property law. He also served as a municipal court justice. In 1983 he joined the highly acclaimed National Fraud Unit of the Israeli Police, rising to the rank of chief superintendent, where he investigated complex financial institution fraud and white-collar crimes. Since 1986 Harry has specialised in insurance and reinsurance law. He drafted some of the first D&O policies in Israel and later redrafted these policies to comply with new legal provisions. He has lectured on corporate governance issues in Israel and abroad. Between 1988 and 1989, Harry worked in London as a consultant to one of the major insurance law firms.

Harry has acted for underwriters and insurers worldwide on complex financial insurance matters and has been inducted into the Hall of Fame of The Legal 500.