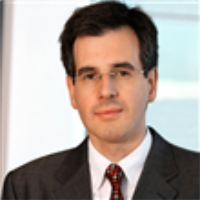 Henry has been registered at the Brussels Bar since 1997. Between October 1997 and June 2007, he was a lawyer within the same team specialized in social law (Linklaters De Bandt until October 2003 and Loyens Advocaten from November 2003). Henry subsequently developed his expertise within the Verhaegen Walravens office between June 2007 and November 2011. He joined Tilia Law (formerly VWEW Advocaten) in December 2011.

Henry is active in the field of employment law and immigration law.

He works in French, Dutch and English.